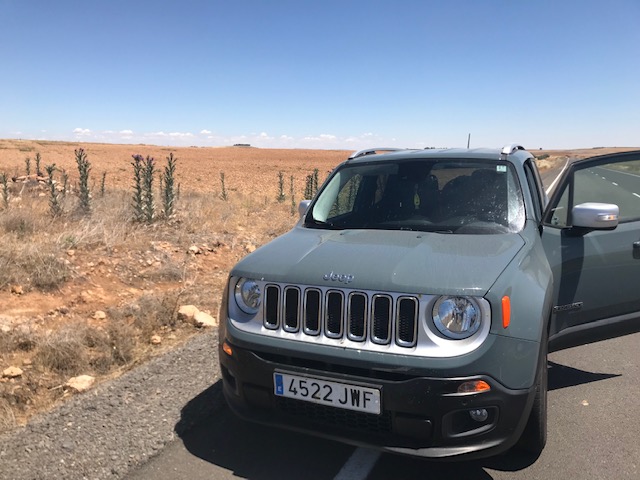 There is so much sunlight in Spain. Literally, I feel as if I can’t remember the last time it was night.

To be fair, we did start the journey on the longest day of the year. And long indeed the day has been.

The cryptocurrency markets are flying, clients have contacted me by all means possible despite being advised of my day off. And I have 95 unread Telegram and WhatsApp messages (at last count) that I couldn’t care less about today.

I’ve been blissfully disconnected. Concentrated on something other than the computer screen, agape at just how empty the middle of Spain is.

The jagged mountains and orange groves give away to a parched never-ending terrain. Flat, burnt orange and yellow sun-scorched pastures for as far as the eye can see…

It’s enchanting at first. Then, you start to ache for the landscape to change as your eyelids grow heavy and you wonder where they hide the speed cameras in Spain.

There is literally nothing except for this hotel (which is some kind of boutique converted barn or stables) in the place that we’re staying.

Not another significant edification in the proximity. No shop, no gas station, no buildings to punctuate the scenery… just a lonely farm house some miles back standing poignantly on a hill.

The Trip So Far? We Had Our Moments

The kids were amazing today. Although, it was a perfect lesson in karma as my eldest began with the shrill and whining question of “are we there yet?” as we literally left the house.

There was one meltdown in a roadside service stop. A battle of wills which I lost. Cataleya walked out with the pink faux makeup and hairstyling set that I categorically told her I wasn’t going to buy. 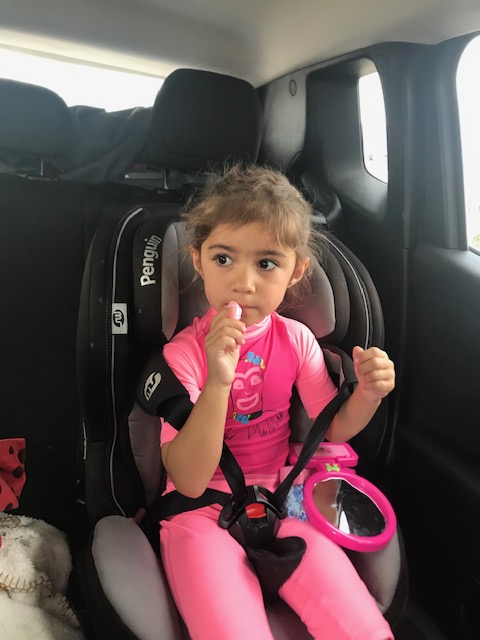 Go ahead and judge. But it’s really hard not to create spoiled kids when there’s so much out there to consume. And when they cast themselves on the floor and scream and flail with a grit determination and stabbing shrill that cuts through the air and triggers looks that make you feel like an abusive parent.

Oh, and your kid is wearing a swimsuit.

Trust me, when you’re in that situation and doing your best to make sure child number two doesn’t wander into the road in the meantime, you buy the damn makeup set. I would have bought 12 of them just to make it stop.

I was also sort of hoping that she wouldn’t need to get out of the car before our destination seeing as she was wearing, as previously mentioned, swimming gear accompanied by goggles and a hat. The first battle of the day I lost.

Apart from that, I’d say so far so good. Managed to do a swimming pool, a kids’ indoor playground, and some reasonably healthy sustenance. They had vegetable flavored chips so that has to count for one of the five a day. 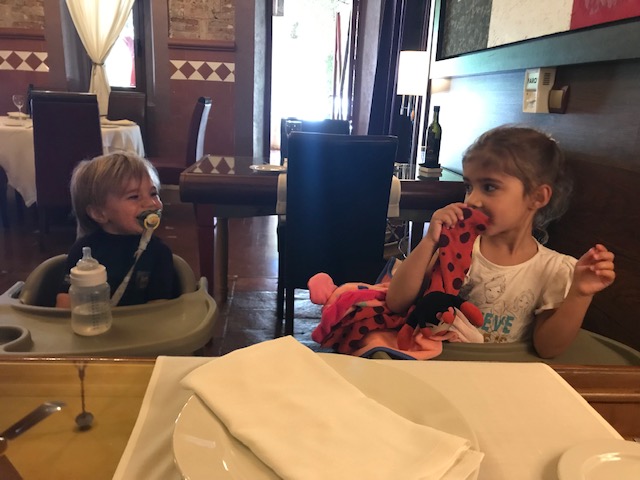 I don’t feel defeated yet. But it is going to be a long summer. Nothing worth doing is ever easy. And in less than 14 hours, I’ve already found out that my baby boy talks about me in his sleep and that my little girl says I’m her hero (I remain healthily scared of her).