Back on Track – Surfing in Seminyak, Bali

At last, the moment I had been waiting for ever since I made that defining mouse click and booked the tickets to Bali. Surfing its luscious, consistent, and powerful waves with no wet suit, just a beaten out rental board, smile, and a light sun-proof T-shirt on my back.

And it feels so darn good. From the sun in my eyes to the thunderous waves breaking overhead. Seminyak, Bali just a stone’s throw from the infamous Double Six beach.

I’ll head over there when I’ve found my feet. For now, I’m steering clear of the crowds and taking the waves in my stride.

They are big for me today. But unlike the brutal knife-stabbing cold of Portugal, I don’t mind being wiped out in the least bit here. The water is pleasant and doesn’t even cause you to flinch as you go in. The sand is soft underfoot and the ocean beckons.

I used to joke that if my life was spent in a bar, I’d be very successful indeed. I realize the ridiculousness of that statement as it comes out now.

What I meant was that I had no inhibitions when I was relaxed, chatting, the life and soul… I could make friends quickly, organize events, and do deals. It was never as easy in the real world. In a suit and tie, over the phone, when people were trained to say no.

Now, today, I simply feel that if my life was conducted in the ocean, in this very moment, I would always know exactly what to say and do. I am alone with my thoughts for the first time in months and it is absolutely blissful.

As a pelican skims overhead, I feel part and whole of my surroundings. Far from the computer. Not a clue what the value of my investments is nor the strangling fear that engulfs me on a near-permanent basis that time is money and if I step out even for a lunch break everything will collapse.

All the stress, the work, the hassle… it all seems so incredibly small and senseless right now.

Cataleya Is Getting Better

Of course, finding out that Cataleya is going to be OK and that the drugs are kicking her pneumonia into submission is the key driver behind everything. 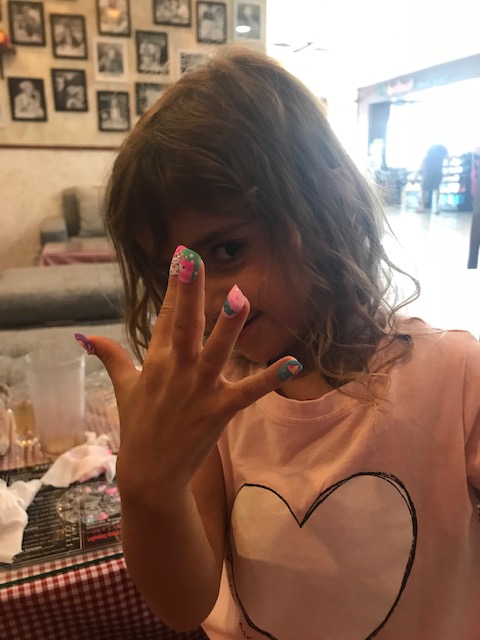 But, sometimes, it isn’t until you let go that you realize how tightly you were holding on.

This is the first short break I’ve had in a long time without having to be somewhere else. Even when I surfed in Portugal, I knew I should really be behind the keyboard instead. Here, today, I can simply enjoy being–here, and nowhere else.

I’m not on-call 24/7. I’m not answering to anyone. I’m simply deciding how and when and which waves I want to surf.

Freedom is so infinitely valuable yet we don’t appreciate it when we have it.

It only took a few years, some prizing open of my firmly shut eyes, and a sh**load of logistics to make it happen, but I’m finally awake.

Everything Has Its Season

Well, good for me. There’s my pat on the back.

I did it. Got to six figures; spent almost every one of them. And I don’t want to work around the clock and give my children my back again when they come home from daycare or school anymore.

Even here in Bali where women carry their babies in handwoven colorful slings (or on the back of a moped), both men and women are applauding me for carting my kids alone through the streets, and indeed, around the world.

For the first time in a long time, my confidence is sky-high. And it has nothing to do with money or work. It’s a whole new brand of pushing the envelope and a heart that could burst with pride as my daughter tells me how to say “thank you” in five languages.

Back to Work but Not in the Same Way

Cataleya’s condition permitting, I’ll be back at work next week. But never will I ever again be back in the same way I was before. This life and time are too precious.

And we made it through hell to be in goddam Asia. It took us thousands of miles, almost losing Mimi, pneumonia, four moves, and three doctors to get to this point. Now we’re going to make the best of it.

The kids aren’t going to daycare as I planned. Cataleya can’t anyway after being so sick. I’ve found a Babysitter to come and play with them in the hotel grounds while I work, surf, sort, and be an adult for a few hours.

Lord knows the evenings are out.

This is not how it was meant to pan out.

Did I mention that it’s exhausting? I only have a free pass to write this blog as both kids magically fell asleep while I was making a phone call (something that never happens).

Even just clothing them in the mornings and wrestling with the Nutella and Ketchup, pens and nail polish, diapers, and spilled fluids every moment of the day requires Herculian strength and bucketloads of patience that I sometimes don’t have enough of.

But none of that matters.

What matters is that I feel like I’ve been away for a long time and I’m finally coming back. And things are going to be different from now on.